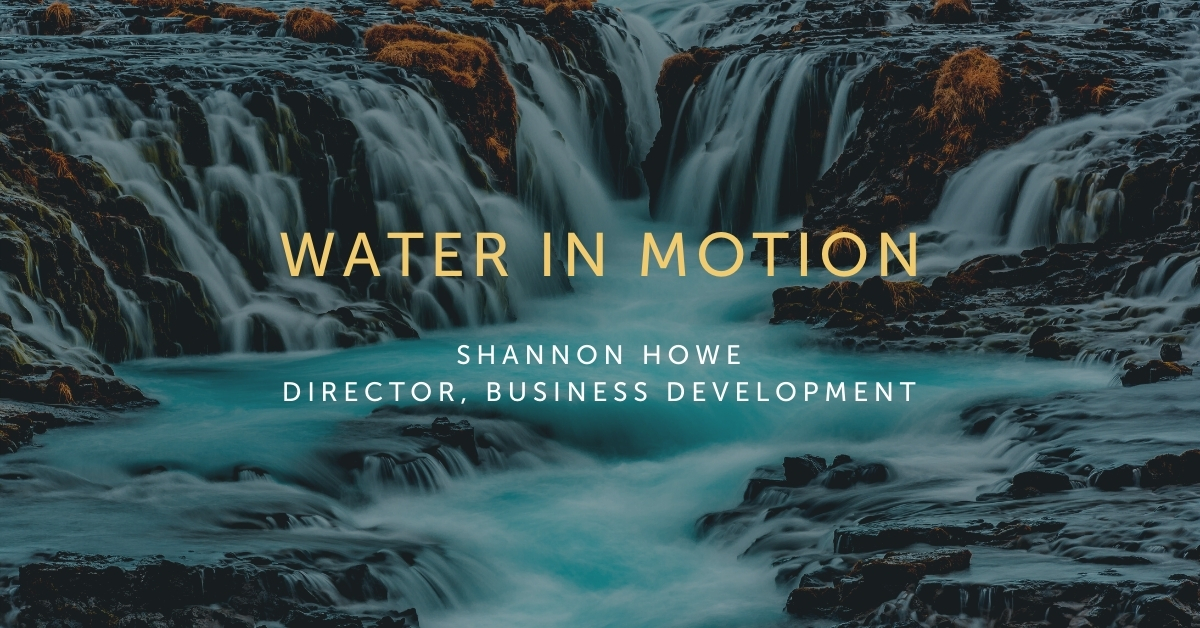 ater is powerful. How often have you gone to the ocean, lake or river and instantly felt relaxed? Or greeted by a rushing waterfall after an arduous hike and felt the tension from your muscles melt away? Or felt the power of its force riding its waves on a surfboard or boat?

Regardless of the activity, the results are the same, your body soaks in the negative ions which increases mood, helps relieve stress and boosts your energy. People have used moving water to help them throughout history, dating back at least two thousand years when the Romans used falling water to power machines allowing them to grind or “mill” grain into flour. Fast forward a few centuries and modern people have now harnessed this powerful force to produce electricity.

According to the USGS science for a changing world it represents about 17% of total electricity production worldwide. It is the largest source of American renewable energy at 96%, generating 7% of the country’s electricity. This has doubled over the last three decades and is projected to double again by 2050.

How does it work? Hydroelectric power is produced using the energy of running water. There are three types of hydropower facilities, essentially three ways to harness water’s energy: impoundment, diversion, and pumped storage. An impoundment facility uses a dam to store river water in a reservoir. A diversion facility channels a portion of a river or ocean through a canal or penstock. Pumped storage stores energy by pumping water uphill to a reservoir at higher elevation from a second reservoir at a lower elevation.

While there are variances in each, the overall concept is the same- water is released and dropped from a high elevation to a lower one. It gains pressure as it heads to the generators in the powerhouse. The water is used to turn a propeller-like piece called a turbine. Power is generated and lights turn on. Simply put, the volume of the water flow and the change in elevation, or fall, from one point to another determines the amount of available energy in the moving water. The greater the water flow, the more electricity a hydropower plant can produce.

This same energy from water that creates electricity can also come from nuclear power and fossil fuels such as coal. The similarities end there. Once a hydroelectric power plant is built, it does not produce any direct waste and has a substantially lower output level of greenhouse gas emissions compared to fossil fuel-powered energy plants. The flexibility and storage capacity of hydroelectric power plants make them more efficient and economical in supporting the use of other renewables, such as solar energy or Aeolian (wind) energy.

Water’s innate essence of being flexible is one of the primary reasons hydropower is an essential contributor to the national grid. Hydroelectric plants can be scaled up and down quickly to meet peak electricity demands more efficiently than fossil-fuel and nuclear power plants. If you’ve ever been affected by a blackout in high summer heat waiting for the sweet relief of your air conditioner to come back on, you would want one of these on your grid.

While this all sounds great, there are some complicating factors to consider.  When we look at measuring the impact of the companies we work with, we analyze what the data tells us and consider every angle. Nothing is perfect, and there are some negative impacts with hydroelectricity to consider. As in evaluating all things, the question then becomes, do they outweigh the positives? Let’s look at both sides of the coin in three main areas…….

Perspective is everything. Looking at both sides of the coin- hydroelectric enterprises can represent one of the best concepts of sustainable development.  When done responsibly hydropower could go a long way in shifting our reliance on fossil fuels.  Investors are facing serious pressure to disinvest in fossil fuels.  We can either shift our consumption of electricity (unlikely) or consider sustainable methods of generating power.  We have learned lessons from the past and need to ensure moving forward that we counter the potential negative externalities because while hydroelectricity is not perfect it is better than the alternative.